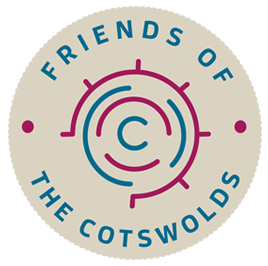 Over its 230 plus year history, the Old Prison has adapted and changed reflecting shifts in society. We see ourselves as custodians of the building and its story; aiming to ensure it is looked after and open to the public to learn and enjoy.

Prison Reform in the late 1700s

In the late 1700s, jails in prison were in an awful state. Jailers were not salaried but lived off fees paid by prisoners for food, bedding, and other facilities. This system meant poorer prisoners lived in terrible conditions. Many jailers demanded payment before prisoners were released meaning that some stayed in jail even if they were innocent or had served their sentences.

Philanthropist and social reformer, John Howard (1726 – 1790) told the world what English prisons were like, and moved the minds of men to do something about them with the introction of two parliamentary acts in 1774 – one abolishing jailers fees, the second enforcing improvements in the system leading to better prisoner health. He went on to write an important book “The State of Prisons in England and Wales…..and an Account of Some Foreign Prisons”.

In Gloucestershire, George Onesiphorus Paul, following on from the research of John Howard, persuaded the local county leaders to build a set of new prisons including the “House of Correction at Northleach” (the Old Prison). First to be rebuilt was the gaol at Gloucester, with the old building and what remained of Gloucester Castle being replaced with a state-of-the-art prison. Once complete, four further prisons were built in the county at Northleach, Horsely, Littledean and Lawford’s Gate (now Bristol). This rebuilding project was a model copied throughout the country.

PUT HERE ABOUT WHAT NEW PRISONS WERE LIKE. AND SPECIFICALLY NORTHLEACH. WHO WAS SENTENCED HERE ETC IE WHAT CRIMES. WOMEN? CHILDREN?

About the plans once have them. Include pictures. i.e. galleries, cafe, cellar

Bringing History to Life at the Old Prison

About interpretation in Court Room and Cellars

Protecting the heritage of the Cotswolds is a natural step for us. Our research has shown a strong need for rural heritage-skills apprenticeships here in the Cotswolds. With significant gaps in the heritage skills sector, and a real need for these skills to maintain the heritage of the area, we are working to bridge this gap. What’s more, when delivered, this project will also provide the opportunity for local people to gain both qualifications and employment.

Find out about how we’ve helped local groups and charities as a grant giver here.

Every donation we receive, makes a real difference to our work.
Discover More

With your support we are able to plan ahead.
Discover More

Call us, email us or visit us to find out more information.
Contact Us
Page load link
Go to Top